An Introduction to The Candidate Driven Market 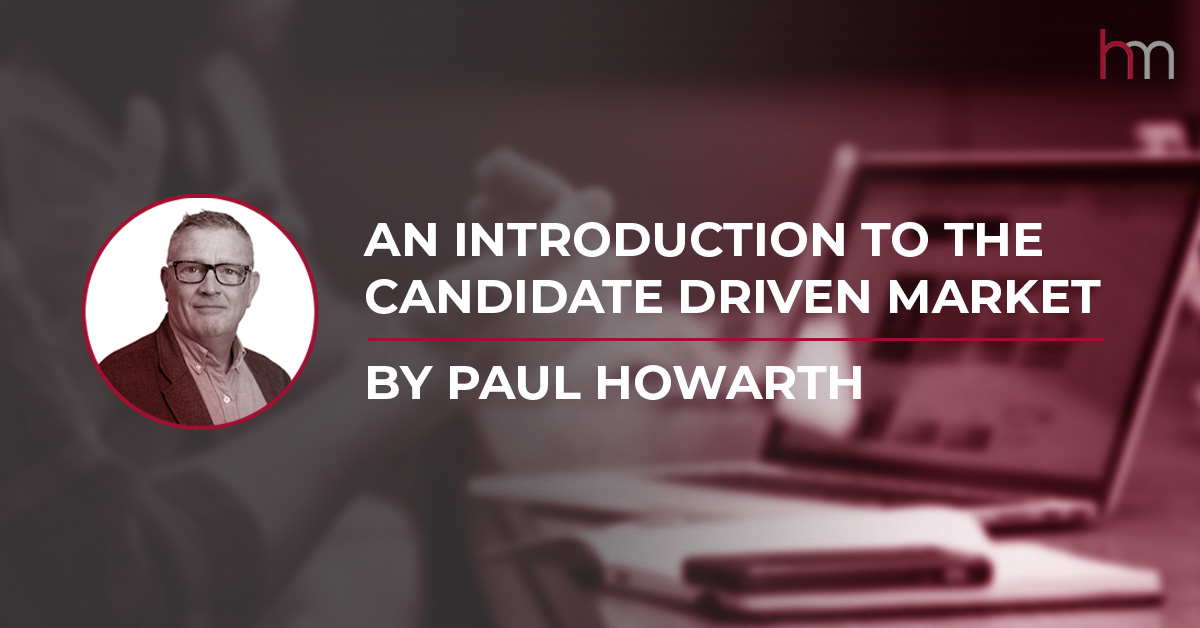 At the start of June, the news was carried by the headlines from the latest KPMG / REC monthly UK Report on Jobs (produced by IHSMarkit). This usually passes without much trace, but on every radio station and social News Feed, it has been one of the lead stories.

In May, the demand for UK workers rose at its fastest rate in 23 years, while the number of people available to fill those demands fell at the fastest rate in four years.

But, this story is one that has been developing ever since the UK started to ease its restrictions from the most recent lockdown. Three weeks ago, the Business section of the Sunday Times ran with the headline “Staff drought forces bosses to offer cash bungs to fill vacancies”, which was also picked up by a range of other new sources; including the Manchester Evening News and Daily Mail Online.

Throughout a short series of three blogs, let’s look at what appears to be causing a ‘Candidate Driven Market’ and some of the impacts and opportunities to employers and employees alike. The first installment of the series introduces what a Candidate Driven Market is, and what has caused it.

A Candidate Driven Market is pretty simple; it is a stage in the economic cycle where the demand for employees outstrips the supply of people to fill those jobs. So why is this so unusual? Because it’s an effect we usually see when an economy is booming – leaving many business owners scratching their heads.

“In a recession, candidates are usually plentiful and salary demands soften”

Typically this is true, but there is one key factor – this isn’t a recession. It was an intentional closure of the economic activity of much of the world due to a global public health crisis. The economic contraction was a result of the crisis, not the crisis itself. Additionally in the UK, the Treasury introduced previously unheard-of peace-time financial support; in terms of the employment cycle, government loans to businesses and the job retention scheme were critical.

So, many people who traditionally would have been made redundant or sacked had the support of furlough; and companies in many sectors who had their revenue taken from them overnight could access a range of government support to keep going until they were able to trade again profitably.

The last 15 months have brought challenges to a level that many of us, across the UK & globally, have never seen before. Some of the personal costs have been tragic and in the UK we hopefully can see light at the end of the tunnel with the success of the vaccination programme. Despite having seen the biggest reduction in GDP in over 300 years, we have seen the economy start to recover with vigor and in some corners, it is estimated that we could be at the same GDP levels as 2019 come the end of this year.

Howarth Morris recruit Finance and HR professionals across all sectors of the economy across the UK and we are seeing a severe reduction in the availability of candidates who are looking for new opportunities. And, in surveying our clients across all sectors, it is clear that this is being echoed right across the economy irrespective of sector or professional discipline. The digital sector has struggled to keep up with the sector growth in terms of qualified talent and this is now sharper than ever.

So with a Candidate Driven Market well and truly established, what is the impact of that on business, people, and the economy? Find out in part two and part three:

Part Two: What Impact Does a Candidate Driven Market Have on Employers?